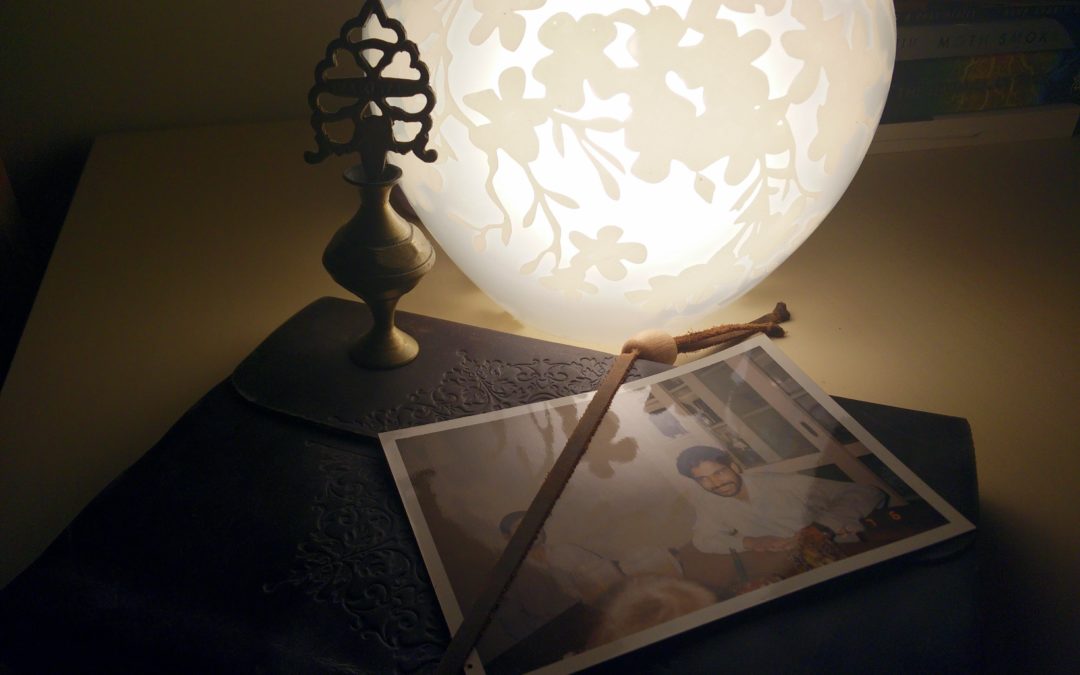 I never knew something as unimportant as black powder could have the power to formulate an entire mental manifesto. That, coupled with a photograph, and perhaps some genetic element in the blood that throbs and makes waves as soon as motherland’s calling echoes and resounds in the tunnels of my veins.

As I reached across my dresser and held on to the small, golden vial made of rusted metal, I felt conscious.

Of what, you say?

I felt conscious of the fact that this golden vial made of rusted metal, filled with black powder, which stuck to the inserted metal stick that had a handle protruding, engraved as it was with intricate twirls and twists of the same rusted metal, faded in gold used to belong to someone else.

I also felt conscious of the fact that this someone else would, perhaps, do the same: reach across the dresser and hold on to its cold metal being. Lift the stick with its intricate handle. Shake off the residue. Bring it up to the eyes and with one expert swipe, close the eyes so that the metal stick jams in place between the eyelid and the waterline, and sweep it outward in one swift motion.

I also felt conscious of the fact that every time I frantically fished out the discolored, sepia hued photograph of the person – smiling, sitting casually by the dining table upon which sat the nephew along with various delicacies for his second birthday party, this person remained alive, not in existence but in the belongings left behind of which, one belonging remained with me: the vial of rusted metal, faded gold.

I realized I never asked if I could keep it once death took over.

But the fact that the combination of these facts stirred the blood in my capillaries, and formed the waves in my veins served simply as a warning call for the tsunami that came later, a glimpse of the tidal waves throbbing in my arteries, the din of which barely screened the constant echo of motherland’s calling.