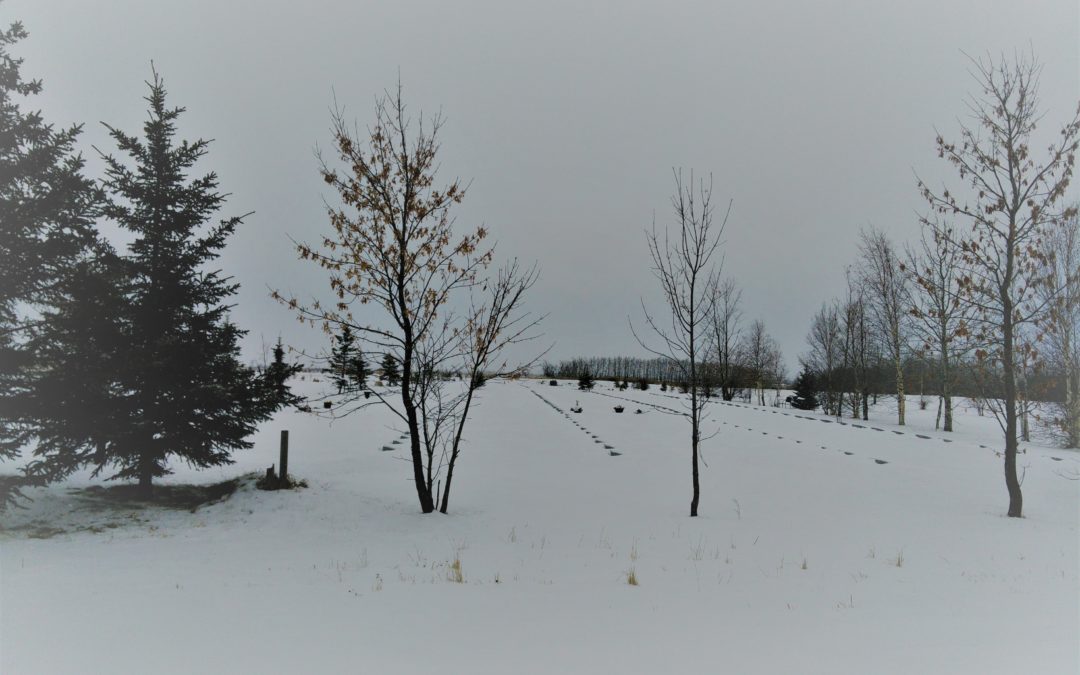 The sun sets in Istanbul, he once told me, and I never thought to question his claim. To me, it was subjective, like many things in life. The setting of the sun, the passing of time, the leaving of people, the changes in seasons, the loss of love.

Many things – except death. Death is objective.

That is what I thought, until last week, when I felt a growing unease tumbling inside me, a fleshy mass of nothingness catching volume by the minute. This physical piece of discontent seemed to be lodged inside my rib cage, right underneath the bottom tip of my heart, and try as I might, it refused to budge. And so it was a cold, dry and dark Wednesday morning when I decided to wake up early before work, before the sun had properly risen itself from the dreamy folds of Istanbul and its minarets; I decided to travel half an hour north, towards the outskirts of the city, to the cemetery.

Everything was white that day. A thin layer of frost lay clinging to the car’s windshield. The steering wheel was ice cold, and my breath condensed into white swirls of smoke that mingled with the rigid air of -17 degrees. When I reached the cemetery, I zipped up my jacket, pulled on a neck warmer and gloves before stepping out of the car. In my jacket pocket on the right, I had placed a small notebook, and the left carried my car keys and a ballpoint pen.

The cemetery is a white expanse of nothing but graves in the winter. In the summer, the eyes can still see tamed green vegetation alongside the graves, but the dead of December brought nothing but snow, silence, and the cold, cold Arctic wind. Standing by the first pathway parallel to the graves, I was surrounded by nothing and everything, all at the same time. The cemetery was a piece of land right in the midst of farms. It was fenced off by thin wires, and as I stood there with my neck warmer pulled up to my nose, I could see exactly 31 graves lined up ahead of me, nameless, their headstones covered in snow. The falling flurries blurred my vision, the frozen wind pushing the flakes into my eyes. The irony of frozen wind moving with fluid force, bashing my senses made my eyes water – there was pain in this wind, but relief as well. I couldn’t yet decide which overpowered which.

The path I stood upon had no footprints. It seemed that after the last heavy snowfall, no one had visited the dead.

No one visits the dead in the dead of winter.

I walked down the path, reading a prayer for the dead under my breath – at one point, my prayer became loud and desperate, as if my prayer was not for them, but for me. A heaving sob escaped me as I bent down and brushed the snow off the first three gravestones. My gloves caught on the engravings. 1956-2011: 55 years old. 1972-2012: 40 years old. 1996-2016: 20 years old. With each uncovering, my prayer grew louder, more desperate. Eventually, I sat in the middle of two graves – a father and a son – the layers of my clothing no longer providing me with any protection against the cold, wet snow. I took out my ballpoint and notebook, my wet gloves no longer giving me the grip I needed. I wanted to remember their names; these people who I knew nothing about, but who were people all the same, who had once lived lives. The ink in my pen was frozen, so I scratched on the paper with force, indenting the letters with pressure, deciding that I would trace them with the pen as soon as I was back in the car, as soon as I could thaw the pen with the car’s heater.

Sitting amongst the graves, ankle deep in snow, under the bare, white and sunless sky, I realized that death or being dead is not, in fact, objective. Death or being dead is not a thoughtless, set-in-stone, mundane rite of passage for the human. It is not simply sad, either. Death can be liberating for some and catastrophic for others. It can be freedom as well as remorse. It can be a much awaited and much needed abode of comfort for some, and a parting of ways for others. I was grieving, sitting among the dead –  but was I grieving for the dwellers of those graves, or was I grieving for myself?

Were the dead, perhaps, grieving for me?