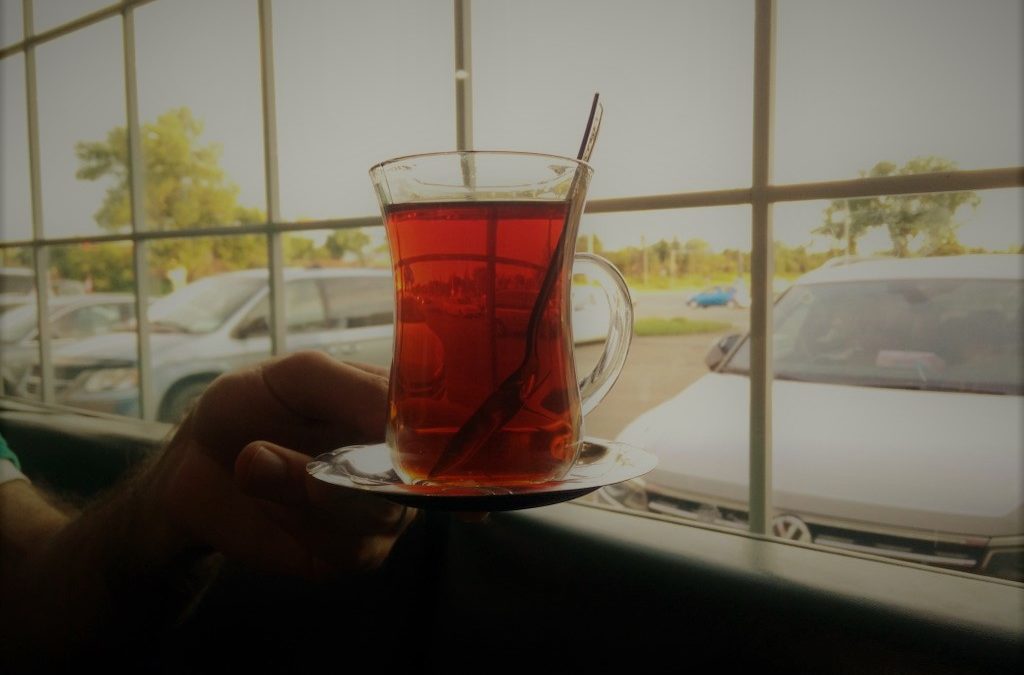 The door chimed as I walked into the dimly lit café. It was empty, and the overhead speakers were playing a sad Arabic song on love and war. The mourning, thick voice of a female singer dripped through the violin.

Is that you again? Didn’t I kill you?

I said: You killed me…and I forgot, like you, to die.*

I made my way through the plastic tables and chairs towards the back of the café, behind the counter and past a half open door that said, ‘staff only’.

His back was to me as he stirred a long, metal ladle in a metal pot of brewing tea. The gas stove shot thin, blue-green flames around its base.

He turned around when I greeted him, a wide smile on his weather worn countenance. Two, discreet dimples formed on both sides of his friendly face, hidden slightly under his sparse beard.

He was sixty-five and he had once told me that out of all the jobs he had had in his life, this one was the most rewarding.

“You see this water, my dear?” he had said to me, one winter evening when I had paid him a visit between classes. “You need to make sure its boiling in frenzy before you pour the tea leaves into it.”

“Because the leaves thrive in bubbles and waves. Such is the die hard habit of the tea leaves from my country. I suppose they take after the people of the Black Sea. They thrive in clamorous conditions.”

As he poured the tea for me in a transparent Turkish cup, he said, “Before you sip it, admire the color, let your eyes rest upon its rich shade. My father used to say, it is not tea if it is not red like the blood of a rabbit.”

And so, I rested my eyes upon the red hue of my tea. As I sipped it a few moments later with a noisy slurp, I felt a upon my face the salty breeze of the Black Sea and in my old friend’s green eyes, I saw its water, lurching in waves.