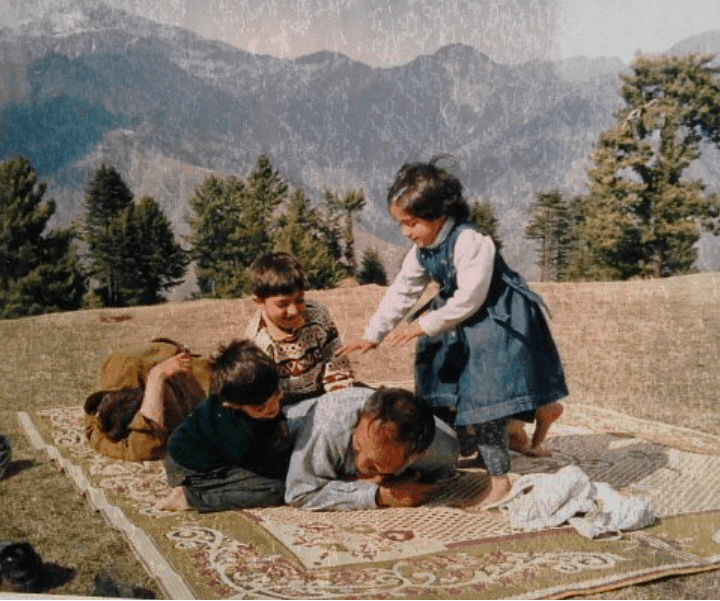 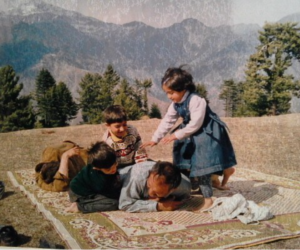 what is it about sepia hues and motherland’s mountains that wring the insides of my heart and call my name?

what is it about this portrait of my childhood that forms a summation of the ‘90s…a summation so profound, it leaves me weeping for the innocence of those days, an innocence as crystal as those valleys, and as pure as those streams?

even so, perhaps it is the kodak polaroid that nestles in the nurture of my mother’s blessed hands as it clicks the microsecond, only to etch a moment in history, to be reminisced about by its two decades and older subjects.

but even so, let it be seeped into the veins of the beholder: it is that stray shoe in the corner. it is in the crevices of the very mat of straw upon which the family rejoices in the carefree liberty that the residue of innocence and beauty resides.it is in those trees that stand witness, it is in those mountains that admire, it is in that sun-kissed grass that awes.

it is in that age old camera. it is in the essence of the worn, 18 year old film paper upon which the sepia hues cling and upon which motherland’s calling echoes.

it is, truly, in this portrait. that which makes me weep. and smile. and rejoice.